What is Holy Week?

Holy Week is the week before Easter Sunday, beginning seven days before with Palm Sunday ending with Holy Saturday. Easter is not part of Holy Week, but rather the beginning of the Easter season of the Liturgical year. 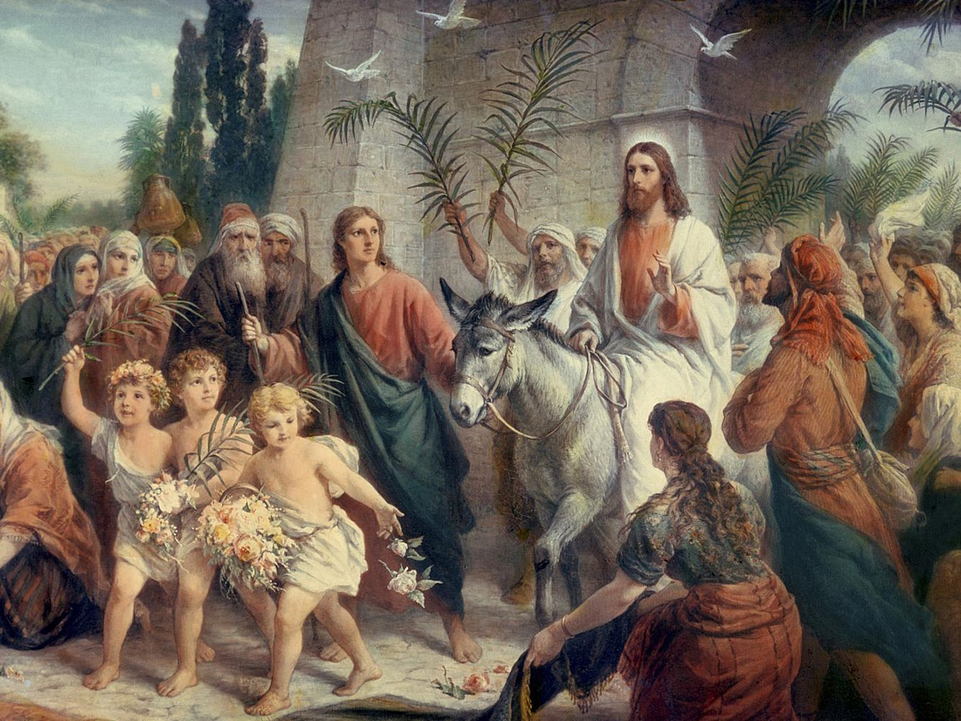 Palm Sunday is the final Sunday of Lent, the beginning of Holy Week, and helps us remember the triumphant arrival of Jesus in Jerusalem riding a donkey. On that day, the people laid palms before Him, a gesture reserved for triumphant leaders. We celebrate this at Mass by distributing palms to the faithful who may keep them for a time for use as devotional objects. The palms are blessed at Mass. The faithful sometimes craft portions of palm fronds into crosses. Eventually, these palms are returned to the Church where they are burned. Traditionally, their ashes are saved and distributed at next year's Ash Wednesday services.

Later, when Jesus entered the Temple, he angrily drove out the money changers who had turned the Temple Court into a place of business instead of devotion. Once the Court was cleared, Jesus began teaching the masses. Meanwhile, his enemies drew plans to kill him. 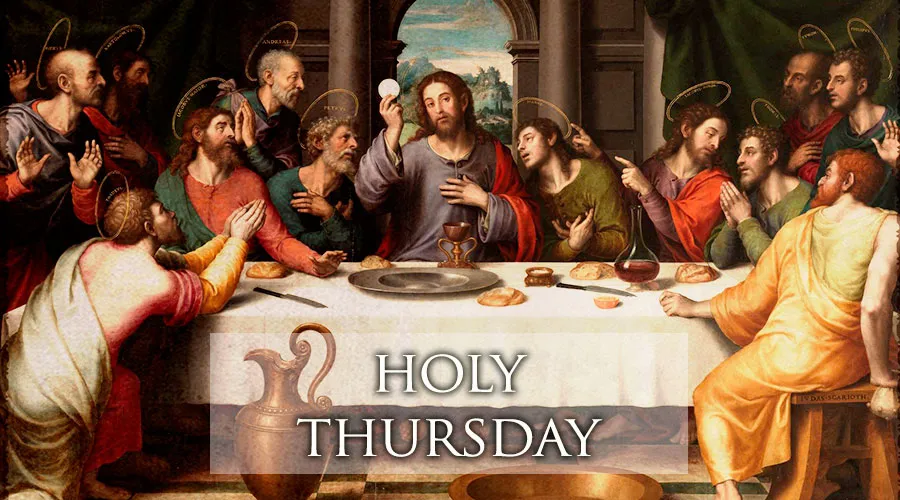 Maundy Thursday is the commemoration of the Last Supper (Passover Feast) of Jesus Christ with his disciples, when he established the sacrament of Holy Communion prior to his betrayal by Judas and his arrest and crucifixion.  The Last Supper is celebrated at every Mass, and especially on Holy Thursday.  After supper, Jesus went to the Mount of Olives and prayed. From this event comes inspiration for our practice of Perpetual Eucharistic Adoration, where we are invited to spend one hour in prayer with Jesus, truly present in the Eucharist; Body, Blood, and Divinity. 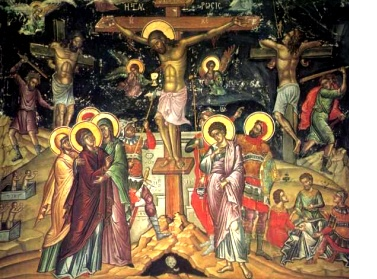 Good Friday is the day on which we celebrate the Lord's Passion and Crucifixion. Today at 3pm, Catholics across the world will come together to remember Jesus' ultimate sacrifice. He gave up his life for our sins so that we might be forgiven.

On that morning, Jesus was brought before Annas, a powerful Jewish cleric who condemned Jesus for blasphemy. From there, Jesus was presented to Pilate for trial. Although Pilate found no guilt in Jesus, he agreed to have him crucified to appease the crowd of people and prevent a riot.

Christ was stripped, flogged, and crowned with thorns. He was then forced to carry his Cross to the place of his execution. There, he was nailed to the Cross between two thieves who were likewise crucified. Late that afternoon, seeking to ensure Christ's death, a Roman guard stabbed him in his side with a spear. When Jesus died, an earthquake is said to have occurred as well as a great darkness which covered the land. Suddenly, many people knew Jesus was the Son of God.

Jesus was taken and laid quickly in a borrowed tomb, in accord with Jewish law, which required the dead be buried by sundown before the Sabbath.

In our churches, the Tabernacle is left empty, to show that Christ is departed.

On Holy Saturday, there is no Mass. Parishes may hold services, but there is no distribution of Communion.

On Holy Saturday, we remember that Jesus was descended into hell where he preached the Gospel to those who died before and opened the way to heaven for all those who were worthy.

This concludes Holy Week. The following day is Easter Sunday, the day on which it was discovered the Tomb was empty, and our Lord was resurrected, triumphing over death once and for all time.